Dumping and countervailing duties are very important tools for protecting local traders. They’re imposed on goods imported into any market, like the US Trade Deficit Act allows governments to create an incentive or safeguard program which helps them maintain their markets from being flooded out by cheaper alternatives from other countries who would want nothing more than our money without giving anything back but often times it’s not enough reason alone should we lose everything because there may come a point where even if you did get your own product made at home instead of buying something new off shelf.

The drafting and enforcement of these laws are handled by the US Department Of Commerce or Home Ministry.

Dumping and countervailing duties are trade measures used to protect local businesses from being disadvantaged by cheaper imports from other countries.

Dumping occurs when a company exports goods to a foreign market at a price that is lower than the price charged in the company’s home market. Anti-dumping duties are tariffs that the government imposes on such imported goods, in order to level the playing field between domestic and foreign businesses.

Both dumping and countervailing duties help to create a balance in the local and international markets, and ensure fair trade.

The purpose of the Anti-Dumping and Countervailing Duty laws?

The purpose of the anti dumping and countervailing duty laws is to protect local businesses from being disadvantaged by cheaper imports from other countries. Dumping occurs when a company exports goods to a foreign market at a price that is lower than the price charged in the company’s home market. Anti-dumping duties are tariffs that the government imposes on such imported goods, in order to level the playing field between domestic and foreign businesses.

Anti-dumping duties are intended to decrease fierce worldwide competition for local firms. Domestic firms have a fair opportunity to establish a competitive edge over foreign vendors when these taxes are implemented.

These levies are placed on products that may harm the local market. As a result, if the product costs less than the exporter’s domestic market value and manufacturing cost, the government will apply AD duties.

To begin applying AD duty to any goods, there must be sufficient evidence that the dumping of the product is detrimental to the local industry. In the long run, AD duties will assist preserve a lot of domestic jobs and local market businesses. Furthermore, it may occasionally raise the prices of some locally manufactured items.

Countervailing duties are a way for countries to protect their industries from being overwhelmed by cheaper imports. The government provides subsidies, which could be tax exemptions or affordable loans that help manufacturers export at lower prices than domestic firms

The international trade system is complicated by the fact that countries might not have similar subsidies. This can lead to extreme competition, job losses and even factory closures in response; however CV duties help prevent these complications so the passage of goods between nations remains fair for all involved parties while still protecting their own industries from unfair treatment due solely on where they reside within an industry’s supply chain (i..e., importing versus exporting).

Who conducts the AD and CVD investigations?

The United States Department of Commerce (DOC) is the primary federal agency that investigates possible cases of dumping and subsidization, and enforces the AD and CVD laws.

In order to begin an investigation, the DOC must receive a petition that meets certain requirements. The petition must be filed by or on behalf of an industry, and it must contain allegations that there is dumping or subsidization and consequent injury to the petitioner’s business.

If the DOC finds that there is enough evidence to support the allegations in the petition, it will initiate an investigation. This usually involves collecting data from both domestic and foreign producers/exporters, as well as from importers.

The United States International Trade Commission (USITC) is also involved in AD/CVD proceedings. The USITC is responsible for determining whether there is injury to the domestic industry as a result of the dumping or subsidization. If the USITC makes a positive determination, the AD/CVD order will be imposed; if not, the order will be rescinded.

Products that qualify for AD or CV duties

How does the process work?

Anti-dumping duties are taxes imposed on imported goods that have a lower price than what they would sell for in the country of origin. The government determines this rate, which is calculated using an easy formula:

The government calculates the duties for a product based on how many subsidies the foreign government offers to help export that product.

The difference between AD and CV duties 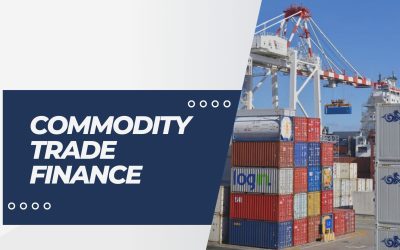 Looking to invest worldwide?Let us help you find opportunities!
Contact Us Now