If you’re involved in the import or export business, then you need to be aware of the Enforce and Protect Act (EAPA). This act empowers the Customs and Border Protection (CBP) to investigate whether any company has evaded anti-dumping and countervailing duties.

The EAPA is a multi-party and administrative proceeding that is very transparent. The concerned parties can participate in the investigation and find out about the outcome. The EAPA also maintains a due process for parties to the investigation. This is done by providing an option for them to request administrative and judicial reviews of CBP’s determination as to evasion.

Since it was launched, the EAPA has accomplished the following:

The Enforce and Protect Act is a law that helps to prevent and penalize companies or individuals who attempt to avoid paying duties on imported goods. The act covers both anti-dumping (AD) and countervailing (CV) duties, and applies to any shipments entering the United States.

There are several ways in which someone might attempt to evade these duties, including simple negligence, false reporting, or transshipment. In some cases, attempting to avoid AD/CV duties can be as simple as inaccurate classification or failing to provide valid reasons for oversight of an import program. More complex evasion techniques may involve misreporting the country of origin of goods at the time of entry, or distributing goods from a third country after minor processing or repackaging.

Regardless of the method used, it is important to note that AD/CVD goods remain in scope regardless of the origin of the shipment. This means that anyone caught attempt to evade these duties can be subject to penalties, even if the goods were only processed or shipped from a third country.

The Enforce and Protect Act (EAPA) is a law that allows the U.S. Customs and Border Protection (CBP) to investigate allegations of evasion of anti-dumping and countervailing duties (AD/CVD). The CBP gets 15 business days to make a decision on whether to investigate the case. This is done through its Trade Remedy Law Enforcement Directorate (TRLED). The CBP will then start the investigation process if there are reasonable suggestions in the allegation that evasion has taken place.

The CBP is required to implement interim measures within 90 calendar days of initiating an investigation if they think there is a reasonable suspicion that evasive activity has occurred. These may include things like bonding requirements, entry restrictions, and audits. The purpose of these interim measures is to prevent further dumping or subsidy while the investigation is ongoing. They also help to ensure that any evasive merchandise doesn’t enter the U.S. market and that any potential dutiable Merchandise isn’t released until appropriate duties are paid.

The CBP will gather information through site visits and voluntary submissions. The investigation is a tedious process and may include requests for import documents, production records, and corporate/financial information. If the party fails to cooperate or comply with the investigation, the CBP may apply an adverse inference.

The CBP will make a final determination within 270 days of initiating the investigation. If they find that evasion has occurred, they will issue an order that requires the payment of duties, as well as penalties and interest. The order will also require the importer to take corrective measures to ensure that the evasion doesn’t happen again in the future. If the CBP finds that no evasion has occurred, the investigation will be terminated and no action will be taken.

After the Department of Commerce makes its final determination, the losing party may seek judicial review in the U.S. Court of International Trade (CIT) within 30 days.

Allegations of suspected evasion can be made by anyone through the public E-Allegations portal of the CBP. An ideal EAPA allegation must have the following information:

The person submitting the allegation (Allegers) must provide their name, address, email, and telephone number.

The name of the company that is suspected of evading AD/CVD duties; foreign companies that may be involved in the evasion; U.S.

Customs brokers, freight forwarders, or other third parties that may be involved in the evasion; and the names and contact information of any other individuals who have knowledge about the evasion.

A description of the merchandise that is covered by an AD/CVD order and how it is being imported into the United States (e.g., via ship, airplane, truck, rail).

Evidence that suggests there is a reasonable possibility of evasion of an AD/CVD order. This may include, but is not limited to, purchase orders, sales invoices, packing lists, and bills of lading.

CBP will not investigate an allegation if it is submitted more than one year after the date on which the alleged evasion occurred.

What Happens After an Allegation is Submitted?

It should be noted that the CBP may also initiate an investigation on their own if they have reason to believe that evasion has occurred.

Filing an EAPA Request for Investigation

The Enforce and Protect Act (EAPA) allows people to ask for an investigation by U.S. Customs and Border Protection (CBP) if they think someone is avoiding paying taxes on goods that were imported into the country.

A “interested party” for the purpose of submitting a request for investigation or making an evasion allegation is:

If you believe that someone is evading AD/CVD duties, you can submit a request for investigation to CBP.

In order to initiate an investigation into possible evasion of AD/CVD orders, any interested party can file an allegation electronically on the CBP portal. The interested party is free to file multiple allegations, each of which must be pointed at one importer. By doing so, they play an important role in ensuring that these orders are enforced.

Who investigates an EAPA allegation?

The CBP will investigate any allegations that a person is trying to avoid paying duties on goods. This will involve a team of CBP employees, which may include, but is not limited to:

The exact composition of the team will depend on the particulars of the allegation.

How to file an EAPA Allegation

Enforcing and protecting your shipment is important, and the Enforce And Protect Act makes it easier to do just that. Filing an EAPA allegation is simple: just go to the EAPA option on the e-Allegations web portal. From there, you can use one of the checklists provided to determine whether you have enough information to proceed.

Benefits of Filing an EAPA Allegation

The Enforce And Protect Act is a law that was created in order to help protect American businesses from unfair competition. The act allows for the creation of a multi-party proceeding, which helps to investigate the evasion of AD/CVD orders. This process is more transparent and information-sharing is improved, which helps to make sure that those who are guilty of evading these orders are held accountable. CBP is empowered with new tools to investigate allegations and authorize the collection of information from the party making the allegations, the importer, the exporter, and even the foreign government. This allows parties being investigated to contest the determination regarding the evasion by requesting an administrative review of the determination with the CBP Office of Trade’s Regulations and Rulings Directorate. Later, a party to that administrative review can file a suit with the Court of International Trade to contest CBP’s determination. This act is helpful in ensuring that American businesses are treated fairly and that those who break the rules are held accountable for their actions.

What is the time frame for an investigation and CBP determination?

The CBP has 90 calendar days to arrive at a formal decision on whether the allegations are valid or not. Generally, the CBP must make a decision on whether AD/CVD duties were evaded, based on substantial evidence, within 300 days after the investigation was initiated. In investigations that are complex and seemingly extraordinary, CBP must decide no later than 360 days after a case is initiated.

Will the business information be protected if an EAPA Allegation is filed ?

Can parties request an administrative review of an Initial determination?

According to Enforce And Protect Act, the interested parties may request for CBP’s review of the decision after precisely 30 business days of evasion. The request must be based upon the facts on record, contain a statement of reasons why the determination should be reversed or affirmed, properly certified, and must be served on other interested parties. CBP will then have 60 business days to complete its review. This act was put into place in order to hold parties accountable and protect those who are shipping. 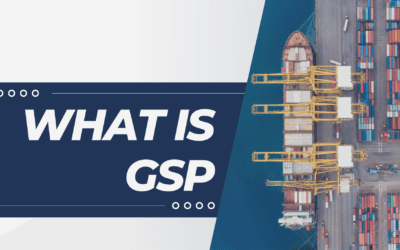 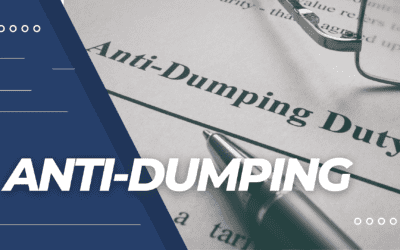