As an importer, it’s important to be aware of the ISF Filing regulation. ISF or 10+2 was officially published as a regulation in 2008 and has been effective since 2009. According to the SAFE Act, importers were obliged to report and file advance cargo information even before the shipment was loaded in the vessel at the port.

ISF mandates importers/ agents to file an online form with CBP for goods imported via sea/ocean route. ISF should be filed 24 hours before the ocean vessel sails from the last port of origin. This regulation allows CBP and the Department of Homeland Security (DHS) to ensure cargo safety and helps them identify high-risk or illegal shipments to prevent smuggling.

It’s important to note that ISF is applicable only for shipments imported via ocean/ sea transport. If any other mode of transport is used, ISF is not applicable. It is also not mandated for bulk cargo shipment.

ISF Filing is required by the US Customs and Border Protection in order to help ensure that high-risk cargo is effectively identified and prevented from being smuggled into the country. This helps maintain cargo security and safety within the United States. ISF filing provides the CBP with essential information about incoming shipments, which allows them to better target their resources and protect the US border.

When to file ISF

This is to ensure that the ISF is filed in a timely manner and that US Customs and Border Protection (CBP) has all the information they need in order to properly process and clear your shipment. Filing late or not at all can result in delays, penalties, and even the refusal of your shipment.

Who files the ISF

The ISF (Importer Security Filing) is a document that is required to be filed by every importer with the CBP (Customs and Border Protection). This document contains details about the type of goods being imported, and as such, it is the responsibility of the importer to make sure that the ISF is filed accurately and on time.

An ISF bond is a type of customs bond that guarantees the importer will follow all rules and regulations governing merchandise imports into the United States. The surety company that issues the bond assumes the same duties and responsibilities as the importer, and can be held liable if the importer fails to perform its duties. ISF bonds are typically required for high-value shipments, and must be obtained before goods are shipped to the United States.

ISF filing is required for all importers shipping to the United States. ISF filing fee generally lies between US$30 and US$50. Most of the brokers combine this cost with that of the ISF bond, ranging the total cost between US$80 to US$120. ISF bonds are a type of customs bond that guarantees payment of import duties and taxes to the US government. ISF bonds are typically valid for one year from the date of issuance.

There are 10+2 data points that must be reported in an ISF Filing. These include things like the Harmonized Tariff Schedule (HTS) number, container stuffing location, and consolidator name and address. It is the responsibility of the customs broker to make sure that all of this information is accurate and up-to-date.

You’ll need to include the following information in your ISF:

In addition to these 10 data points, the CBP also requires two additional pieces of information: the vessel stow plan and container status messages.

Providing accurate information on your ISF 5 form is crucial – if any of the data elements are incorrect, it could result in delays or other issues with your shipment. So be sure to double check all the information before you submit your form.

How to file ISF Online?

For security reasons, the US CBP has compelled containerized freight to submit ISF information. Different data components must be provided by cargo bound for the United States and passing through its borders, particularly ISF 10+2 and IS F 5, respectively.

Follow these steps to submit your ISF filing online:

All the information required to fill the form should be collected by the importers/agents in advance to avoid any hiccups. To file an ISF form, you must have access to the following information:

ISF-10 must have the lowest bill of lading number.

After all the information is collected, it is time to submit relevant data through an online portal. ISF data must be transmitted electronically to CBP via the Automated Broker Interface (ABI) in the ACE Portal (Automated Commercial Environment). One can also do it through a CBP approved third-party service provider. In any case, the filer requires an identification code – a SCAC (ACE Portals) or ABI filer code (ABI filings). CBP will assign a four-character identifier to the filer if SCAC is not available.

You can also refer to our blog post about Automated Commercial Environment(ACE) portal to learn more about filing and registration process.

3. Checking the Status of the filing

Keep an eye on the ISF status after submitting the ISF. If the information on AMS and ISF matches, CBP will accept the ISF without any complications. However, if there is any error or inaccurate information while submitting the ISF, there are chances CBP will reject your ISF, resulting in a monetary penalty of US$5000, detention, inspection, and delay of cargo.

So, these were the steps involved in ISF filing. Make sure to follow them carefully to avoid any penalties or delays in shipment.

Things to keep in mind when filing ISF

When it comes to ISF filing, there are a few key points to keep in mind. First and foremost, inaccurate, incomplete, or untimely filing of ISF can result in a penalty of US$5000 per violation from CBP. Additionally, if goods arrive at the US border without ISF filing, CBP has the right to refuse unloading of the merchandise and seize the goods if they are unloaded without authorization.

If you find yourself in the situation where you need to file ISF on your own (e.g. you fire your agent), get in touch with a CBP Client Representative and have the original filing canceled. Once that’s taken care of, you’ll be able to file ISF again on your own.

It’s also important to note that CBP and other agencies have the right to inspect cargo once it reaches a US port. Any ISF infractions discovered during inspection will result in a fine.

Lastly, it’s worth mentioning that the ‘Three strikes and out’ leniency method has been amended out of the regulation. This means that filings marked as ‘extra-innings’ will start incurring penalties.

How to check ISF Filing Status

Once you’ve submitted your ISF, you should receive a CBP ISF filing confirmation receipt within 4-6 hours. This receipt will contain information about whether or not your ISF was accepted. There are three ways to check the status of your ISF:

What happens if ISF is not filed?

If ISF is not filed, CBP has the right to refuse unloading the merchandise and it may be subject to seizure if unloaded without authorization. ISF filing must be completed for all shipments entering the US in order to avoid any penalties or fees. ISF filing is a requirement for all ocean carriers, freight forwarders, and importers.

Can I change the BOL number on the ISF?

If you need to update the bill of lading number on your ISF, you can do so in the system. However, it is important to remember that as the ISF importer, you are responsible for ensuring that the ISF is submitted accurately and on time. Incomplete or inaccurate submissions can result in delays and penalties, so it is important to make sure that all information is up to date and correct.

Can I make changes to the ISF after arrival at the port of discharge?

It’s important to get your ISF filing right the first time, because once the vessel arrives in the U.S., you won’t be able to make any changes. Although CBP won’t technically stop you from making updates outside of this window, it’s best to avoid doing so if possible. Getting your ISF right from the start will help ensure a smooth and hassle-free importing process. 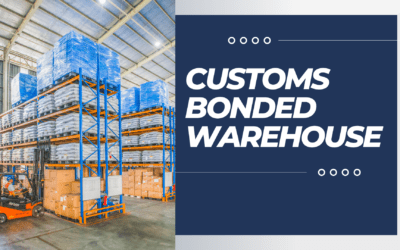 Customs Bonded Warehouse Customs bonded warehouses are a type of storage facility in which imported goods may be stored for up to five years without paying customs duty. These warehouses are operated by private businesses, who must post a bond to the federal... 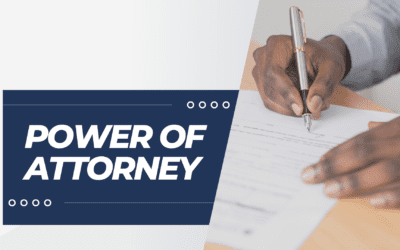