What Are Countervailing Duties

What is a Countervailing Duty?

Countervailing duties are import taxes imposed by governments in order to nullify the effects of subsidies given to foreign manufacturers by their own governments. By evening out the playing field, these taxes help protect domestically produced goods from being undersold by cheaper imported alternatives. In other words, countervailing duties help keep things fair for both domestic producers and consumers. By imposing a countervailing duty, the import price is brought closer to the actual market price, creating a fairer business environment for all involved and helping to protect domestic jobs.

What is the Function of a Countervailing Duty?

A countervailing duty is a tariff imposed to counteract the negative effects of subsidies provided by foreign governments to their producers or sellers. The goal of this duty is to level the playing field for domestic competitors who would otherwise be at a disadvantage. Countervailing duties are one way to ensure that businesses can compete fairly in the global marketplace.

Who Pays a Countervailing Duty?

Countervailing duties are import taxes that are placed on goods that are being shipped into a country in order to level the playing field between domestic and foreign businesses. The idea behind these taxes is to protect businesses and jobs within the country. Countervailing duties are paid by the importer of record, which is typically the company that is importing the goods into the country.

However, these taxes are often passed on to the end consumer in the form of higher prices. In some cases, everyone in the supply chain may end up paying a portion of the countervailing duty. Countervailing duties can be complex, but understanding how they work is important for businesses that import goods into the United States.

How does a Countervailing Duty Work?

The WTO’s Agreement on Subsidies and Countervailing Measures regulates when and how an export subsidy can be used, as well as the measures that nations can take to offset the effect of such subsidies. These measures include the use of the dispute settlement procedure of the WTO to seek withdrawal of the subsidy or imposing countervailing duties on subsidized imports that are hurting domestic producers.

How to Calculate Countervailing Duty?

Countervailing duties (CVDs) are import taxes imposed on products that benefit from unfair subsidies. These subsidies give foreign manufacturers an artificial advantage over their domestic counterparts, and CVDs level the playing field by making imported goods more expensive.

Calculating CVDs can be complex, as they are levied ad valorem (i.e. based on the value of the goods) and vary widely in amount (between 7% and 230%, depending on the product and country of origin). In addition, CVDs are applied retroactively, meaning that US Customs and Border Protection collects them at the time of importation as a deposit, with the final amount subject to change once the final CVD determination is made.

Enforcing CVDs falls to the US International Trade Commission (ITC), which investigates whether an industry in the US has been harmed or is at risk of harm due to imported goods. If the ITC finds evidence of harm, the International Trade Administration (ITA) will determine the existence of unfair subsidies and assess them.

What Is A Customs Invoice

What Is A Customs Invoice? A customs invoice is a document that importers and exporters use to declare the value of goods for customs clearance. The mandatory information on the customs invoice is essential for clearing customs in the receiving country. Customs... 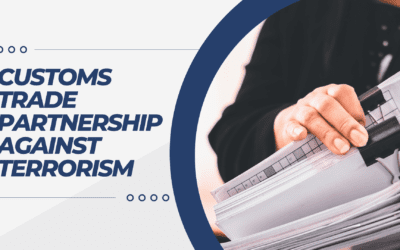 What is CTPAT? The Customs-Trade Partnership against Terrorism (CTPAT) is a program that was established in the wake of the 9/11 terrorist attacks. The aim of the program is to protect and strengthen foreign trade and US border security. All organizations that are...